Your brain On SEX

Your Brain on Sex
Let's look at what goes on in the brain during sex and orgasm. Although you may think everything happens between your legs, the experience of orgasm actually occurs between your ears. All thoughts, feelings, and bodily sensations you have correlate to specific nerve cells being activated. Orgasm, like all experiences, is brought about by electric impulses flowing along paths of connected nerve cells. Orgasm happens when specific pleasure pathways are turned on, while your defense pathways are turned off. All this happens by means of chemical messengers and the nerve cell receptors they bind to. These neurochemical changes take place primarily in the limbic system, a very old part of the brain with circuitry that is common to all mammals. These ancient limbic circuits control almost all bodily functions.
The limbic system's job is to keep you alive and reproducing. It does this by avoiding pain and repeating what is pleasurable. The limbic system is the seat of emotions, drives, impulses and desires ? including sexual ones. It?s where you fall in and out of love or lust. Due to the nature of the limbic system, you cannot will your feelings, emotions, falling in love, or staying in love, anymore than you can will your heart to beat, or yourself to digest a meal or sleep. The limbic system has been around for well over 100,000,000 years, lurking right beneath your large, rational neo-cortex.
Rats, apes and humans use the same neurochemicals to operate the same functions in this part of the brain. Keep in mind that scientists aren't studying rodent brains to help them with their addictions and erections! Studying animals and humans, scientists have begun to unravel the neurochemistry of lust, attachment and falling in love. Falling in love involves simultaneous activation and deactivation of discrete parts of the limbic system. For every biological event in your body, there is a biological cause. In this case, the cause is neurochemicals?and the pathways they turn on and off.
Neurochemical Commands: Your World Revolves Around Dopamine
The central neurochemical player behind falling in?and out?of love is dopamine. Dopamine is the principal neurochemical that activates your reward circuitry, the centerpiece of the limbic system. Your reward circuitry drives nearly all of your behaviors. In other words, most all roads lead to Rome, or to the reward circuitry, so you can assess things as "good, bad, or indifferent."
At its most basic, this circuit is activated when you engage in activities that further your survival, or the continuation of your genes. Whether it?s sex, eating, taking risks, achieving goals, or drinking water, all increase dopamine, and dopamine turns on your reward circuitry. You can think of dopamine as the "Gotta have it!" neurochemical, whatever "it" is. It's the "craving" signal. The more dopamine you release and the more your reward circuit is activated, the more you want or crave something.
A good example is food. We get a much bigger blast of dopamine eating high-calorie foods than we do low-calorie foods. It?s why we choose chocolate cake over Brussels sprouts. Our reward circuit is programmed so that "calories equal survival." You?re not actually craving ice cream, or a winning lotto ticket, or even a romp in the sack. You?re craving the dopamine that is released with these activities. Dopamine is your major motivation, not the item or activity. Dopamine is not the only neurochemical involved with reward, but it?s the one that motivates you to go after the reward. Dopamine governs the feelings of wanting, yet the experience of liking or enjoying something is probably due to opioids. Opioids are your brains own morphine and endorphins. Dopamine drives us toward eating or orgasm, but the experience of the actual orgasm or eating chocolate arises from opioids goosing the reward circuit. In essence, dopamine is never satisfied.
Addiction mechanisms are extraordinarily complex, and not fully understood. Yet the one aspect they share is dopamine dysregulation. All addictive substances and activities share one thing ? the ability to strongly elevate dopamine levels. Watching porn, accumulating money, gaining power over others, gambling, compulsive shopping, video games?if something really boosts your dopamine, then it's potentially addictive for you. Why did Martha Stewart risk everything for more money? She got a thrill from a stock market gamble. She didn't need the money; she (thought she) needed the dopamine. 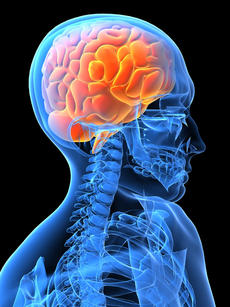 Go to the SNACK SHOP for a healthy treat.