If you're like many Americans, when you were younger you were able to eat with gusto and without a care in the world. Even if you weren't working out or exercising on a regular basis many of us could seemingly consume whatever, whenever. But now, the days and nights of youth-filled binges are long gone and you may actually exhibit the dreaded middle-age spread. Or worse, you are overweight or obese.Today, obesity is the single most important health issue facing the United States. More than one-third of adults and almost 17 percent of children and adolescents are obese. That?s according to new data from the National Health and Nutrition Examination Survey, released from The U.S. Centers for Disease Control and Prevention (CDC).The excess adiposity (fatness?) that exists in obese individuals is associated with serious adverse health effects including increased susceptibility to cardiovascular disease and type 2 diabetes. With obesity-related healthcare spending at about 5 to 10 percent of all health care costs, it?s a problem that clearly stresses an already unstable economy.Obesity is a complex, dynamic process involving genes and hormones; however, the most amendable lifestyle factor is simply our excessive calorie consumption relative to our energy expenditure. Not surprisingly, according to a 2010 consumer survey, 55 percent of us are actively trying to lose weight. But to address the issues of prevention, treatment, and lifestyle factors, you need to understand body fat -what it is, what it does, and how different types of body fat are associated with health and disease.https://www.drhealthflex.com/muscleanorgan.htm

Previously, body fat was thought to be just that: fat. However, scientists have known for some time that body fat is indeed no less an organ than the liver or kidney due to its metabolic activities, its target by hormones, and its ability to secrete cytokines those proteins with hormone-like effects. Body fat comes directly from our diet. Foods contain varying levels of carbohydrates, proteins, and, of course, fat. Alcohol, too, provides potential energy, more than the other macronutrients except for fat, that contributes to body fat.Now, when examining body fat and body composition, researchers have generally divided fat into either subcutaneous or visceral fat. Subcutaneous fat is fat accumulated in the lower body, often visualized as producing a pear shaped appearance. This body shape is more frequently associated with the adiposity of women. In contrast, visceral fat is the fat within your belly (not the fat hanging over your belt) and is associated with the apple shaped appearance observed more frequently in men. Visceral fat is also known as central or abdominal fat 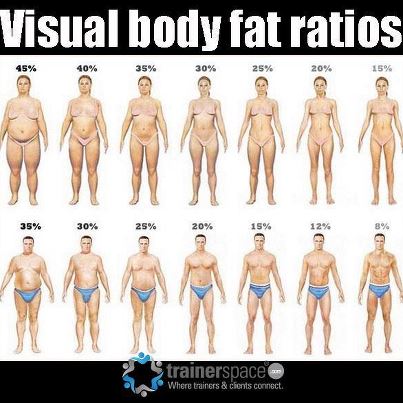 In general, visceral fat is a relatively small proportion of total body fat. Why is it so important? It is chiefly because, unlike subcutaneous fat, visceral fat bathes the liver, kidneys, pancreas, and other organs that are necessary for maintaining optimal health and wellness. Because of its proximity, this type of fat has serious implications on health.

Visceral fat is deleterious to health also because it is metabolically very active, causing low-grade inflammation within the body. In obese individuals, visceral fat consists of fat cells (adipocytes) that stimulate and secrete a variety of potent chemicals as well as activating cellular pathways that are implicated in disease. For example, visceral fat can stimulate the production and release of adipokines such as tumor necrosis factor and interleukins, which are potent pro-inflammatory mediators. These molecules travel to both neighboring and distant cells stimulating recruitment of other cells, generating yet more pro-inflammatory mediators and causing a profound cascading event. Visceral fat accumulation is also associated with insulin resistance, which is a primary factor in type 2 diabetes and other obesity-related conditions.Adipocytes in visceral fat can also increase proteins that promote additional fat storage, a process known as adipogenesis. Visceral fat accumulation in the liver is also a precursor to much more serious liver problems such as scarring (cirrhosis), and even liver cancer. The cumulative effect of these pathophysiological events causes glucose impairment, increased triglycerides, altered lipoprotein balance, and high blood pressure?collectively comprising the metabolic syndrome, a hallmark for cardiovascular disease and type 2 diabetes among other associated health risks.

What Can Be Done to Reduce Visceral Fat?

Luckily, there are things that can be done to reduce visceral fat, but not without effort. First, the individual must lose weight. Exercise is certainly one of the most effective lifestyle interventions for reducing visceral fat. In one recent study, researchers found that aerobic exercise alone significantly reduced visceral fat by 12 percent (1). Next, loss of visceral fat requires modifications from a typical high fat, high-calorie consumption pattern. Among nutrients targeted for assisting us in promoting fat loss are dietary fiber and protein. In fact, a recent study found that intake of soluble fiber was directly associated with reductions in visceral fat (2).

Additionally, consumers of Raw Organic Foods already know about the great features of our whey protein-based products such as Dr. Health Flex Raw organic smoothies and Dr.Health Flex's Raw Organic Energy squares. Among the myriad of benefits of whey protein that will help individuals reduce their visceral fat include whey?s satiating properties, compared with carbohydrates, and its positive effects on metabolism. An increase in dietary protein also facilitates muscle protein synthesis, which has the additional benefit of stimulating body metabolism.Both the smoothies and the Energy squares use the word's best raw organic foods and are nutrient dense and are great sources for soluble fiber too!

Even better would be to incorporate the Health Flex's Optimal Health Plan and Fat Burning System into an overall dietary strategy to metabolize visceral fat. In fact, a review of the literature by Krista Varady at the University of Illinois-Chicago has found that either daily caloric restriction or intermittent fasting reduces stubborn visceral fat by 5 to 15 percent (3). Since both the 90- day fat burning and nutritional cleansing systems feature aspects of caloric restriction and intermittent fasting it makes perfect sense that the Health Flex way would help reduce toxic, health-robbing visceral fat.

Click to  learn why Patches are better than Pills!