Health Flex NewsAnd now, for the first time, scientists have discovered that drinking beet juice can increase blood flow to the brain in older adults and may combat the progression of Alzheimer's and related conditions.
For the new study, which is slated for publication in Nitric Oxide: Biology and Chemistry, the peer-reviewed journal of the Nitric Oxide Society, scientists at Wake Forest University's Translational Science Center looked at how dietary nitrates affected 14 adults age 70 and older over a period of four days. High concentrations of nitrates are found in beets and other foods including celery, cabbage, spinach and some kinds of lettuce. When a person eats high nitrate foods, the beneficial "good" bacteria in the mouth transform the nitrates into nitrites. And researchers have found that nitrites then naturally open up the blood vessels in the body. This increases blood flow and helps oxygen get specifically to places in body that are lacking oxygen
"There have been several very high-profile studies showing that drinking beet root juice can lower blood pressure, but we wanted to show that drinking beet juice also increases perfusion, or blood flow, to the brain," Daniel Kim-Shapiro, director of the Translational Science Center, said in a press statement. "There are areas in the brain that become poorly perfused as you age, and that's believed to be associated with dementia and poor cognition."On the first day, the research volunteers reported to the lab after a 10 hour fast, completed a health status report, and then drank either a high or low nitrate breakfast. The high nitrate breakfast included 16 ounces of beet juice. Then the study participants went home with lunch, dinner and snacks conforming to their specifically assigned diets.The following day, after another 10 hour fast, the volunteers went back to the lab where they ate their assigned breakfasts. Blood samples were taken before and after breakfast to measure nitrite levels in their bodies. Then, one hour after eating, an MRI was performed to record the blood flow in each individual subject's brain. On the third and fourth days of the study, the scientists switched the diets and repeated the process for each subject.The results of the MRIs showed conclusively that after the older adults ate a high nitrate diet, they experienced increased blood flow to the white matter of the frontal lobes -- the very area of the brain commonly associated with degeneration linked to dementia and other cognitive conditions.

"I think these results are consistent and encouraging -- that good diet consisting of a lot of fruits and vegetables can contribute to overall good health," Gary Miller, associate professor in the Department of Health and Exercise Science and one of the senior investigators on the project, said in a press statement.Buy organic raw freeze dried Beet root powder here!
Health Flex foods offers wholesale prices on Turmeric ,coconut, and palm oil
In addition theses foods are powerful in fighting and dementia and even restoring cognitive ability in older adults
1) Coconut oil. Arguably the most effective preventive food for avoiding Alzheimer's, coconut oil has a near-miraculous ability to both repair and rejuvenate the brain. Scientists have learned that brains unable to properly metabolize glucose require a special compound known as ketones to effectively function -- and coconut oil is the richest known source of a special type of fat that is converted directly into ketones upon consumption. Known as medium-chain triglycerides (MCTs), these powerful substances help to eliminate the amyloid plaques in the brain that are linked to Alzheimer's, as well as facilitate the restoration of a healthy brain.

Dr. Mary Newport, M.D., medical director at the neonatal intensive care unit at Spring Hill Regional Hospital in Florida, is a testament to the power of coconut oil, as her husband was able to completely heal his developing dementia by taking coconut oil. By simply taking about four tablespoons of either coconut or palm kernel oil daily, Dr. Newport's husband was essentially cured of his condition in about a year.

2) Turmeric. Another powerful dementia-fighter, turmeric, also commonly known as curcumin, is an absolute must for maintaining brain health. In India, where turmeric is widely consumed as part of curry and other meal dishes, Alzheimer's and dementia rates are among the lowest in the world. And numerous scientific studies have found that turmeric exhibits measurable anti-dementia effects, as it is a powerful brain food.

A comprehensive study on turmeric published by Dr. James A. Duke, Ph.D., back in 2007 reveals that turmeric contains a unique compound that directly blocks the formation of beta-amyloid plaques, which are believed to be one of the primary substances responsible for Alzheimer's. According to his analysis, more than 50 published studies from around the world confirm this therapeutic function (http://www.drweil.com/).

Contact Health Flex Foods for discounts up to 60% on organic foods and spices www.tennishealth.biz 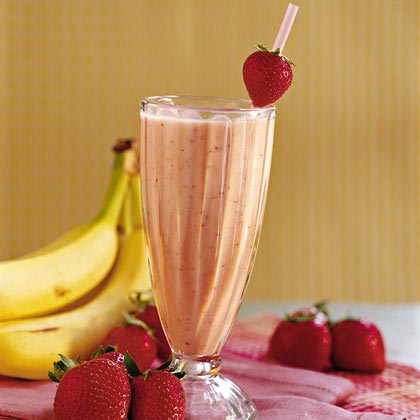