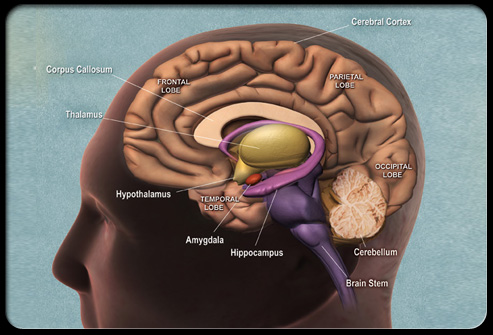 New research from Karolinska Institutet in Sweden shows that omega-3 fatty acids in dietary supplements can cross the blood brain barrier in people with Alzheimer's disease, affecting known markers for both the disease itself and inflammation. The findings are presented in the Journal of Internal Medicine, and strengthen the evidence that omega-3 may benefit certain forms of this seriously debilitating disease.Medical Grade Omega3/COQ10- buy the supplement with the highest efficay

"Earlier population studies indicate that omega-3 can protect against Alzheimer's disease, which makes it interesting to study the effects of dietary supplements containing this group of fatty acids in patients who have already developed the disease," says the study's lead author Dr Yvonne Freund-Levi.

Omega-3 and other essential polyunsaturated fatty acids accumulate in the central nervous system (CNS) during gestation. It has been assumed that these acids are continually replaced throughout life, but little is known about how this occurs and whether changes in diet can affect the transport of important fatty acids across the blood-brain barrier. The blood-brain barrier serves to protect the brain from harmful chemicals existing naturally in the blood, but also blocks the delivery of drug substances to the brain.

Several diseases can affect the fatty acid profile of the CNS; in patients with Alzheimer's disease, for example, previous research has observed lower than normal brain concentrations of docosahexaenoic acid (DHA), an omega-3 fatty acid.

In the present study, part of the larger OmegAD project, scientists examined whether omega-3 dietary supplements change the fatty acid profile of the CNS in patients with mild Alzheimer's disease. Thirty-three patients participated in the study, 18 of whom received a daily omega-3 supplement and 15 a placebo for six months. The results show that the first group had higher levels of both DHA and eicosapentaenoic acid (EPA, another omega-3 fatty acid) in their cerebrospinal fluid (which surrounds the CNS) and blood. No such change was seen in the placebo group.

Moreover, they also found that levels of DHA correlated directly with the degree of change in Alzheimer's disease and inflammatory markers in the cerebrospinal fluid. Researchers in the field have long been interested in this link between Alzheimer's disease and inflammation, but attempts to treat the disease using traditional anti-inflammatory drugs have failed to produce any improvements in memory function.

"In animals, DHA dietary supplements can lead to an increase in DHA concentrations in the CNS," says Professor Jan Palmblad, who initiated the study. "Here we show that the same applies to humans, which suggests that omega-3 fatty acids in dietary supplements cross the blood-brain barrier. However, much work remains to be done before we know how these fatty acids can be used in the treatment of Alzheimer's disease to halt memory loss."

Health Flex has formulated high efficacy transdermal patches that rely on Integrative nutrition principals to increase wellness and are the first to use liposomal nano particles to help deliver organic turmeric, gink biloba,and lutein so that they can cross the blood /brain barrier

The above story is based on materials provided by Karolinska Institutet. Note: Materials may be edited for content and length.

Click to save $18 on the World's Best Organic Foods based Immune Boosting Vitamin Patch!
Click to learn why Transdermal Vitamins Patches are the Superior form of Supplementation
Click to  go to the Smoothie Shop