Research on Cruciferous Vegetables and Cancer is Extensive

Among all cancer-preventive mechanisms studied by nutritional researchers, none have been as far-reaching as the mechanisms involving one unique family of phytonutrients — the glucosinolates — found in no other food group to the same extent that they are found in cruciferous vegetables.

What is it about glucosinolates that makes them such prominent anti-cancer compounds? In and of themselves, nothing at all! It takes the work of an enzyme called myrosinase to convert glucosinolates into anti-cancer compounds. All plants in the cruciferous vegetable family that contain glucosinolates also contain myrosinase enzymes. When the plants are alive, their myrosinase enzymes are also active and functioning. In freshly harvested plants, myrosinase enzymes continue to function, but this function decreases over time. Cooking for more than 10 minutes will typically end all myrosinase function in cruciferous vegetables. Between 1-10 minutes, loss of myrosinase activity will become greater and greater with each additional minute of heating and with each increase in cooking temperature.

Select Glucosinolates and Their Anti-Cancer Thiocyanates

** Indole-3-carbinol (I3C) is not an isothiocyanate. It's a benzopyrrole, and it is only formed when isothiocyanates made from glucobrassicin are further broken down into non-sulfur containing compounds.

Isothiocyanates (ITCs) formed from glucosinolates are known to help prevent cancer by several different mechanisms. Sometimes the ITCs deactivate potential cancer-causing substances before they can damage a cell's genetic material (DNA). At other times, they alter communications between cells in such a way that healthy cells are prevented from becoming cancerous. In the case of hormone-sensitive cancers, ITCs can modify the metabolism of hormones like estrogen in such a way that risk of cancer is decreased. ITCs can also increase detoxification of toxic substances that might otherwise increase cancer risk.

There is also evidence that ITCs may be able to help change the course of cancers in cells once those cancers have occurred. One in-depth series of studies in the cruciferous vegetable research has shown the ability of ITCs in cruciferous vegetables to "sensitize" cancer cells. Many cancer cell types are resistant to chemotherapy and cannot be treated using drugs because of their "chemoresistance." Because ITCs are able to help inactivate certain metabolic events in cancer cells (for example, Akt phosphorylation), they may be able to sensitize cancer cells and make them more responsive to chemotherapeutic drugs. In the case of one particular ITC in cruciferous vegetables (sulphoraphane), a cell cycle (the G1 cell cycle) normally participated in by ovarian cancer cells has been shown to be disrupted in the presence of this ITC. Many other cell cycle events have also been shown to be altered by ITCs. And in a fascinating finding of several studies, the impact of ITCs on healthy cells has been shown to be different than the impact of ITCs on cancerous cells.

Nutrition scientists have shown over and over that people who eat more natural plant foods – vegetables, fruits, legumes, nuts and seeds, etc. – are less likely to be diagnosed with cancer. But are all vegetables equally protective? To win the war on cancer, we must design an anti-cancer diet, which focuses on the foods with the most powerful anti-cancer effects – then we could eat plenty of these foods each day, flooding our bodies with the protective substances contained within them.

Cruciferous vegetables contain glucosinolates and in a different area of the cell, an enzyme called myrosinase. When we blend, chop or chew these vegetables, we break up the plant cells, allowing myrosinase to come into contact with glucosinolates, initiating a chemical reaction that produces isothiocyanates (ITCs) – powerful anti-cancer compounds. ITCs have been shown to detoxify and remove carcinogens, kill cancer cells, and prevent tumors from growing.1 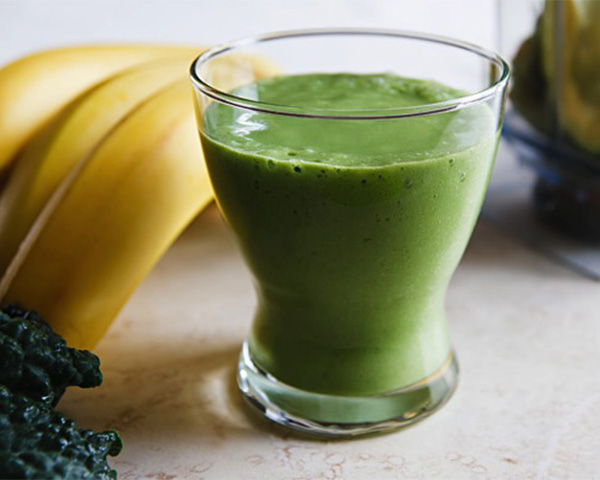